Harmonics is a phenomenon in electric power systems that causes quality problems where the current or voltage waveforms of the supply will become distorted so that it can cause overheating in each magnetic core in the electrical equipment. This enlargement of the harmonics triggers the enlargement of power losses in the core due to the eddy currents it causes. This will reduce the input energy so that the efficiency of the tool decreases. Harmonic distortion of the sinusoidal waveforms of voltage and current needs to be investigated and these harmonics are generally triggered by nonlinear loads, one of which is LED lamp. LED lamps are one of the nonlinear loads that use rectifier components in them. In this research, we have tested the voltage harmonic content, current harmonic, on 3 brands of LED lamps and used the IEEE 519-2014 standard as a reference in setting the maximum harmonic voltage and current limits. Measurements in this study were carried out using the HIOKI 3197 brand Power Quality Analyzer. From the test results showed that the total harmonic distortion (THD) voltage on various brands of LED lamps did not exceed the IEEE 519-2014 standard limit which is a maximum of 5% because the largest harmonic voltage is 2, 9%. While the total harmonic distortion (THD) of current in various brands of LED lamps has the largest THD value of 170.6%. 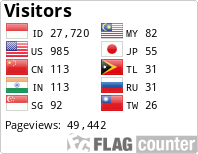