In the context of criminal law, recognition of customary law begins with a very fundamental principle, namely the principle of legality – a legal basis for declaring an act as a criminal act. This paper examines the implementation of customary law regarding the violation of Penglipuran customary, in accordance with the customary delict from the perspective of the principle of legality and the future policy formulation of the principle of legality that accommodates the existence of customary law. To answer these problems, socio-legal research methods are used, data in the form of legal documents and results of in-depth interviews, various approaches (legal, theoretical, and historical approaches) and then analyzed through deductive-inductive methods. The results show that the Criminal Code adheres to the principle of formal legality, consequently, the written law is the only source to declare an act as an offense. Whereas in the Penglipuran community, it is known that customary delict is regulated not only in awig-awigbut also unwritten ones such as pararem penyahcah awig and perarem ngele. The existence of indigenous peoples is not only found textually but also commonly, carrying out their lives based on customary law which contains applicable values, principles, and norms. Therefore, it is necessary to formulate the principle of legality that accommodates the existence of customary law as a source of criminalizing acts. This is intended to realize a criminal law that accommodates the rights of indigenous peoples to “their own institutions, laws, and customs".

All writings published in this journal are personal views of the authors and do not represent the views of this journal and the author's affiliated institutions. Author(s) retain copyrights under the licence of  Creative Commons Attribution-ShareAlike 4.0 International (CC BY-SA 4.0).

Bulmer, E. (2017). What is a constitution? Principles and Concepts. Sweden: International IDEA.

Indonesia. The Criminal Code. State Gazette of the Republic of Indonesia Number 3258.

OHCHR. (1955). Standard Minimum Rules for the Treatment of Prisoner.

Principles of Detention. (1988). Body of Principles for the Protection of All Persons under Any Form of Detention or Imprisonment.

UN Medical Ethics. (1982). Principles of Medical Ethics relevant to the Role of Health Personnel, particularly Physicians, in the Protection of Prisoners and Detainees against Torture and Other Cruel, Inhuman or Degrading Treatment or Punishment.

UNDPPED. (1992). Declaration on the Protection of all Persons from Enforced Disappearance. General Assembly Resolution 47/133.

United Nation. (1990). United Nations Rules for the Protection of Juveniles Deprived of their Liberty. Adopted by General Assembly resolution 45/113 of 14 December 1990.

Contact Us
J. Indonesian Leg. Stud. has been indexed by: 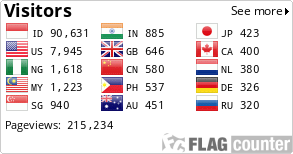