This study aims to find out translation quality of idiomatic expressions in Lenka Kripac’s song lyric from English into Indonesian. The objectives of this study are to find out the accuracy, the acceptability, and the readability of the translation of idiomatic expression which are translated in Indonesian. The translation assessment proposed by Nababan (2012). This study was conducted a descriptive qualitative research. Descriptive research is a procedure of problem solving by describing the subject or the object of the study based on the visible facts. Qualitative research does not deal with testing of a theory or hypothesis, but it deals with understanding of theory. The data were obtained by content analysis and questionnaire. The data were obtained by handing out accuracy rating instruments to three expert respondents then acceptability and readability rating instruments to fifteen respondents. The result of this study showed that there 185 data and 86 idioms. The idioms which were classified into six categories by Seidl & McMordie’s theory. There is kind of idiomatic expressions; those are (1) Phrasal Verbs Idiom (2) Prepositional Phrase Idiom (3) Idiom with verbs as keywords (4) Idiom with nouns as keywords (5) Idiom with adjectives as a key (6) Idiomatic pairs. The mostly used idiomatic expression in these songs is a translation by Phrasal Verbs Idiom. Then, in term of accuracy, there (78,74 %) were accurate,  (19,46%) were less accurate, and  ( 1,8 %) were inaccurate. In the term of acceptability, there were (68,95%) were acceptable, (24,15%) was less acceptable, and (6,9 % ) were unacceptable. In the term of readability, there were (78,2 %) readable, (16,60%) were less readable, and (5,15%) were unreadable. 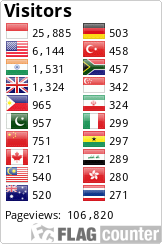